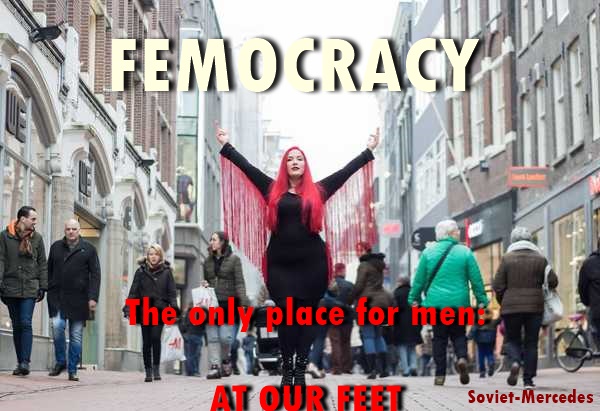 It’s almost 2018, and fat chances are you have heard of (some of the) above terms.

Maybe you already live by it, maybe you’ve heard it in the hallways or maybe you’ve seen a likely quote online and it gave you some sort of “feeling”.

CAUTION: This is NOT for you, if; 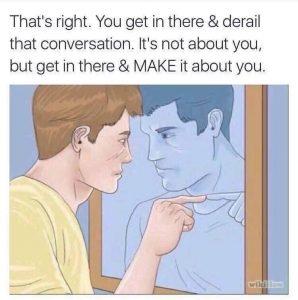 In this into I will do my best to explain the base and key points, where further on in the near future, every “chapter” will get a video and more details.

Now let’s start with the definition of these words:

ˈmeɪtrɪɑːki/ -noun – a system of society or government ruled by a woman or women.

Femocracy or feminist democracy, is a concept that denotes a commitment to socially inclusive and responsible governance – practices that will serve as an antidote to the politics of war, global economic apartheid, environmental destruction, and the social exclusion of male and female persons due to their gender, race, ethnicity, country of origin, language, religion, sexual orientation, class, and/or physical or mental ability (Pink Sapphic)

Female supremacy is an ideology advocating a matriarchy (female-dominated society) 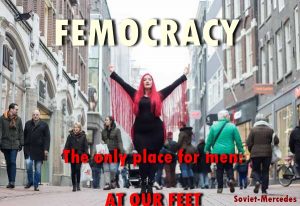 Let’s start with some random facts, very superficial to get nicely warm and in the mood

Did you know that?

For those who have the knowledge and mindset already many of these facts will sound very logical.

However, I already know there are going to be a few who want resources of above statement, and to those I say: the interwebs are your friend! Many studies, statistics and resources you shall find on all above statements.

This nice little warm-up has been written with a smile on my face. Soon more on this topic. 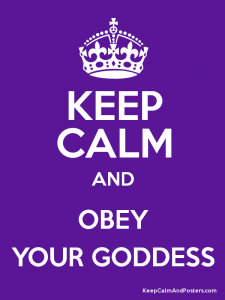 Post Scriptum: I do not HATE men. I am actually quite fond of some!

I do not feel a victim of the current system we live in. However, I am realistic while looking at the statistics and facts. Hence: FEMOCRACY. 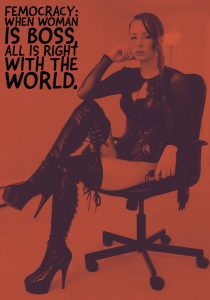 Want to attend one of our meetings worldwide? Check Femocracy Global to find one near you!

I myself am located  in the Netherlands, and starting January will also be having Femocracy meetings.